I seem to have a penchant for shipping the wrong people.

If you’re here to find someone to share your forbidden ships with, or debate on a certain couple, then you’ve come to the right place.

Here’s a very short list of book characters that I really SHOULD NOT SHIP. Or so the books say.

OK don’t kill me. Ron and Hermione look cute and all and I know Draco is a huge pain in the ass but Dramione is still going strong for me.

I’ve read countless Dramione fanfics. It’s just that the bad boy + nerd girl stuff really turns me on this one.

Yes. I ship it. But Alina chose the PLAIN, BLAND BOY. Not even Nikolai!

Anyway, I still believe the Darkling and the Sun Summoner which have fit together perfectly. They balance each other. Both carry scars. 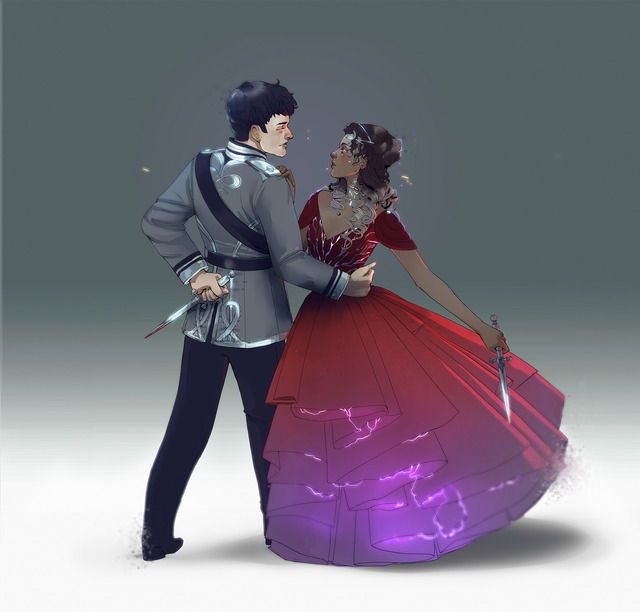 Oh, here’s another villain x protagonist ship. (Oh stars above, why did you give me such an amazing matchmaking gift?)

I guess old ships die hard. To me, Maven is just a sweet cinnamon roll that needs to be coddled and cared for by someone who loves him.

I’m up for those scenes where he shows his true colors, where he puts down the cold, hard wall that shields him. And Mare is one of the few people he’s showed his soul to. Throughout the series (I haven’t read ACOFAS yet) they both seem to have trouble finding partners.

Azriel – no, Elain has a mate.

Cassian – yeah, I think he loves himself more than any girl.

So whyyy not pair them up together?

So yep, that’s it. I mean, lots of people ship these, but like I said, I’m basically shipping the wrong people.

Oh well. I could do worse on anime.

By the way, credits to the ones who made the edits and fan art! The Cassriel one is my favorite 🙂

Until the next time, folks!

(Pssst. Got some great “low-key” ships I didn’t mention? Let me know in the comments!)