Hello and how are you? I’m bringing you a new (and creative? haha) blog post featuring some of the books found in my Bottomless TBR pit! I initially did not plan this type of post at all, the idea just strolled through my mind when I was checking out Instagram.

I did a post on my Bookstagram (@thenightfaerie) wherein the question of the day was:

What 2019 YA release are you looking forward to?

Below that post, I also added an answer of the day, which was:

I honestly have so much, I’ll name a few: Spin the Dawn, The Wicked King, The Girl King, King of Scars, The Storm Crow, The Gilded Wolves,and many, many more!

It wasn’t much later that day that I realized that several titles in my AOTD has the word “king” in them. The realization made me excited and took a quick trip to my Bottomless TBR pile via Goodreads. And I discovered that I actually have a fair amount of 2019 “kingly” releases. Authors seem to love putting “king” in their titles haha. So in this post I’m going to share with you some 2019 YA releases with “king” in the title!

1. The Wicked King by Holly Black

The first lesson is to make yourself strong.

After the jaw-dropping revelation that Oak is the heir to Faerie, Jude must keep her younger brother safe. To do so, she has bound the wicked king, Cardan, to her, and made herself the power behind the throne. Navigating the constantly shifting political alliances of Faerie would be difficult enough if Cardan were easy to control. But he does everything in his power to humiliate and undermine her even as his fascination with her remains undiminished.

When it becomes all too clear that someone close to Jude means to betray her, threatening her own life and the lives of everyone she loves, Jude must uncover the traitor and fight her own complicated feelings for Cardan to maintain control as a mortal in a Faerie world.

2. King of Scars by Leigh Bardugo

Nikolai Lantsov has always had a gift for the impossible. No one knows what he endured in his country’s bloody civil war—and he intends to keep it that way. Now, as enemies gather at his weakened borders, the young king must find a way to refill Ravka’s coffers, forge new alliances, and stop a rising threat to the once-great Grisha Army.

Yet with every day a dark magic within him grows stronger, threatening to destroy all he has built. With the help of a young monk and a legendary Grisha Squaller, Nikolai will journey to the places in Ravka where the deepest magic survives to vanquish the terrible legacy inside him. He will risk everything to save his country and himself. But some secrets aren’t meant to stay buried—and some wounds aren’t meant to heal.

3. The Girl King by Mimi Yu

Two sisters become unwitting rivals in a war to claim the title of Emperor in this sweeping tale of ambition, sacrifice and betrayal for readers of Sabaa Tahir and Alwyn Hamilton.

All hail the Girl King.

Sisters Lu and Min have always understood their places as princesses of the Empire. Lu knows she is destined to become the dynasty’s first female ruler, while Min is resigned to a life in her shadow. Then their father declares their male cousin Set the heir instead—a betrayal that sends the sisters down two very different paths.

Determined to reclaim her birthright, Lu goes on the run. She needs an ally—and an army—if she is to succeed. Her quest leads her to Nokhai, the last surviving wolf shapeshifter. Nok wants to keep his identity secret, but finds himself forced into an uneasy alliance with the girl whose family killed everyone he ever loved…

Alone in the volatile court, Min’s hidden power awakens—a forbidden, deadly magic that could secure Set’s reign…or allow Min to claim the throne herself. But there can only be one Emperor, and the sisters’ greatest enemy could turn out to be each other.

4. The Fever King by Victoria Lee

In the former United States, sixteen-year-old Noam Álvaro wakes up in a hospital bed, the sole survivor of the viral magic that killed his family and made him a technopath. His ability to control technology attracts the attention of the minister of defense and thrusts him into the magical elite of the nation of Carolinia.

The son of undocumented immigrants, Noam has spent his life fighting for the rights of refugees fleeing magical outbreaks—refugees Carolinia routinely deports with vicious efficiency. Sensing a way to make change, Noam accepts the minister’s offer to teach him the science behind his magic, secretly planning to use it against the government. But then he meets the minister’s son—cruel, dangerous, and achingly beautiful—and the way forward becomes less clear.

Caught between his purpose and his heart, Noam must decide who he can trust and how far he’s willing to go in pursuit of the greater good. 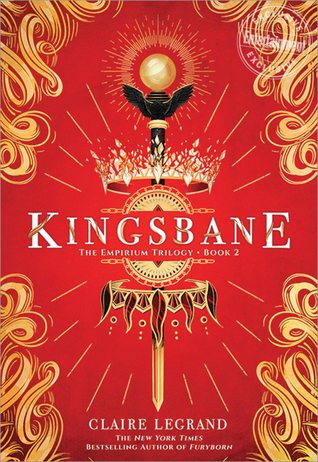 Rielle Dardenne has been anointed Sun Queen, but her trials are far from over. The Gate keeping the angels at bay is falling. To repair it, Rielle must collect the seven hidden castings of the saints. Meanwhile, to help her prince and love Audric protect Celdaria, Rielle must spy on the angel Corien — but his promises of freedom and power may prove too tempting to resist. Centuries later, Eliana Ferracora grapples with her new reality: She is the Sun Queen, humanity’s long-awaited savior. But fear of corruption — fear of becoming another Rielle — keeps Eliana’s power dangerous and unpredictable. Hunted by all, racing against time to save her dying friend Navi, Eliana must decide how to wear a crown she never wanted — by embracing her mother’s power, or rejecting it forever.

6. King of Fools by Amanda Foody

Indulge your vices in the City of Sin, where a sinister street war is brewing and fame is the deadliest killer of them all…

On the quest to find her missing mother, prim and proper Enne Salta became reluctant allies with Levi Glaisyer, the city’s most famous con man. Saving his life in the Shadow Game forced Enne to assume the identity of Seance, a mysterious underworld figure. Now, with the Chancellor of the Republic dead and bounties on both their heads, she and Levi must play a dangerous game of crime and politics…with the very fate of New Reynes at stake.

Thirsting for his freedom and the chance to build an empire, Levi enters an unlikely partnership with Vianca Augustine’s estranged son. Meanwhile, Enne remains trapped by the mafia donna’s binding oath, playing the roles of both darling lady and cunning street lord, unsure which side of herself reflects the truth.

As Enne and Levi walk a path of unimaginable wealth and opportunity, new relationships and deadly secrets could quickly lead them into ruin. And when unforeseen players enter the game, they must each make an impossible choice: To sacrifice everything they’ve earned in order to survive…

Or die as legends.

And that’s it for The Kingly TBR! I had a great time reminding myself that I still have a million books to read before I die (what a nice thought) haha. I’m looking forward to these 2019 releases, and I’m sure some of you have already read/started reading these books thanks to ARCs.*Whispers* Please don’t spoil anyone… 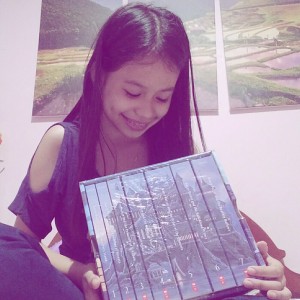 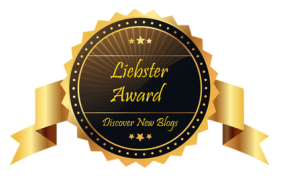