“When someone’s been gone a long time, at first you save up all the things you want to tell them. You try to keep track of everything in your head. But it’s like trying to hold on to a fistful of sand: all the little bits slip out of your hands, and then you’re just clutching air and grit.”

Title: To All the Boys I’ve Loved Before

What if all the crushes you ever had found out how you felt about them…all at once?

Sixteen-year-old Lara Jean Song keeps her love letters in a hatbox her mother gave her. They aren’t love letters that anyone else wrote for her; these are ones she’s written. One for every boy she’s ever loved—five in all. When she writes, she pours out her heart and soul and says all the things she would never say in real life, because her letters are for her eyes only. Until the day her secret letters are mailed, and suddenly, Lara Jean’s love life goes from imaginary to out of control. 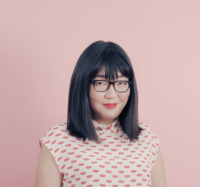 Jenny Han is the New York Times bestselling author of Shug, The Summer I Turned Pretty series, co-author of the Burn for Burn series, and most recently, the To All the Boys I’ve Loved Before trilogy. She is a former children’s bookseller and children’s librarian. She lives in Brooklyn, New York.

I read this book because of the hype. This book is quirky and cute. I could relate to Lara Jean so much, mostly because I am a teenager myself. It’s about family and how you handle relationships with the people around you.

Howeeever, I felt like this book was all fluff. Pointless, really. Most of the things that happened were really insignificant for me and I don’t see any major thing that happened. It wasn’t engaging. What started out as a mildly dull first few chapters developed into a meaningless read.

It was also super cheesy and cliche.

I expected a cheerful and mature main character in this book, but while I was reading it, I keep forgetting that Lara Jean is sixteen, not twelve. She’s very immature, and other than that, she’s naive and spoiled. I don’t like how she acts (and thinks) like a dramatic kid. She’s sixteen, for goodness’ sake. All throughout the book, I hated how whiny she is, and I find it VERY annoying.

So a mysterious someone mailed her letters to her crushes. Secret’s out, folks. That part plays the mystery in the plot but to be honest, I guessed it right away. Who else would it be? When the letters were released into the world, her older sister’s boyfriend a.k.a Josh finds out that Lara Jean had a crush on him, and then he tells her that he likes her too, and all that. Lara Jean doesn’t want to get his hopes up (he’s her sister’s ex, what else would you do), and does something really, really immature and careless. She convinces Peter Kavinsky to be her pretend boyfriend, so Josh would back off. Nope, not a good idea, sis. Very stupid and very pointless.

He doesn’t know it, but when Peter talks about Genevieve, he gets a certain softness in his face. It’s tenderness mixed with impatience. And something else. Love. Peter can protest all he wants, but I know he still loves her.

Peter shakes his head. “What Gen and I have is completely separate from you and me,” he says.

It’s a no from me, Peter. But perhaps you can redeem yourself in book two?

And then there’s Josh. It’s a miracle Lara Jean still likes him. Who would like a guy who was thinking of you while he has was dating your older sister (whom you were very close to, and whom had very deep romantic feelings for said guy?) Nope, not me. Also: can’t he just TAKE THE HINT???

The love triangle was very boring. Was it even a love triangle? It was very half-hearted and, like the rest of the book, very boring (in my opinion atleast). Sure, this isn’t action-packed fantasy, but I’ve read some contemporaries that are actually decent.

To All the Boys I’ve Loved Before was a light, cozy read, and I respect everyone’s opinions on it (especially those who adore it). In my opinion, this book was very flat and dull and could have done better with a bit more spice. 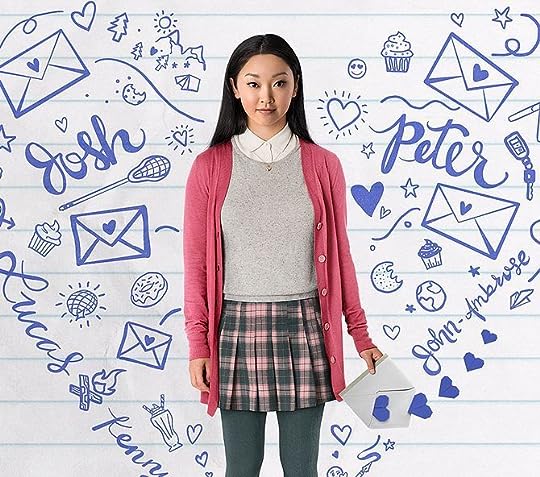 Have you read To All the Boys I’ve Loved Before? Did you like it?

How about the movie?

What did you do first: read it or watch it?

Which was better: the book or the adaptation?

6 thoughts on “Book Review: To All the Boys I’ve Loved Before by Jenny Han”