Hi everyone! Today I’m excited to participate in the cover reveal for THE VEIL OF ASHES by S. Usher Evans! This is the second book in an epic YA Fantasy series and book one, The City of Veils, just released on April 16th! Check below the beautiful cover designed by Jo Painter and don’t forget to enter the INTL giveaway.

Title: The Veil of Ashes

Blindsided by betrayal, Brynna has been licking her wounds away from the city she loves. But the call to duty soon becomes too much to bear, and Brynna embarks on a quest for friends and allies who’ll help her reclaim what was once hers. But vengeance comes with a heavy toll, one Brynna isn’t sure she’s willing to pay.

The Veil of Ashes is the blockbuster sequel to The City of Veils, which Foreward Reviews calls, “entertaining from the first page to the last.”

Title: The City of Veils

For the past three years, Brynna has been patrolling the streets of Forcadel as a masked vigilante, protecting the innocent and beating up bad guys. Her current target is Lord Beswick, a slumlord businessman who keeps the townsfolk in a vicious poverty cycle. But one fateful evening, she’s captured by Felix, the captain of the king’s guard, and told a shocking truth: her father and brother are dead, and she needs to hang up her mask and become queen.

Before long, she negotiates a deal with Felix: attend to her royal duties during the day and continue her vigilante mission to take out Lord Beswick at night – at least until her coronation. But the politics of Forcadel are as volatile as the streets, and Brynna isn’t sure whom she can trust in the castle. With two royals dead in less than a month, she must use all her wits to make sure she isn’t the third.

The City of Veils is the first book in the Princess Vigilante trilogy, an epic YA Fantasy from S. Usher Evans, author of the Lexie Carrigan Chronicles, Madion War Trilogy, and Empath. It will be released by Sun’s Golden Ray Publishing on April 16, 2019.

A copy of The City of Veils plus a preorder of The Veil of Ashes from Book Depository. Open International. (More chances to win by entering in all the Instagram accounts participating with #TheVeilofAshesMTMC) 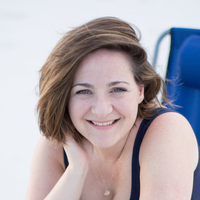 S. Usher Evans was born and raised in Pensacola, Florida. After a decade of fighting bureaucratic battles as an IT consultant in Washington, DC, she suffered a massive quarter-life-crisis. She decided fighting dragons was more fun than writing policy, so she moved back to Pensacola to write books full-time. She currently resides with her two dogs, Zoe and Mr. Biscuit, and frequently can be found plotting on the beach.

Evans is the author of the Demon Spring Trilogy, the Razia Series, the Madion War Trilogy, the Lexie Carrigan Chronicles, and Empath.